Apartments or houses: which is the better investment?


Apartments or houses: which is the better investment?


Ask anyone who invests in property – and even those who don’t – and they’ll likely have an opinion on the old “houses versus apartments” debate. If this is a question in your mind then read on... 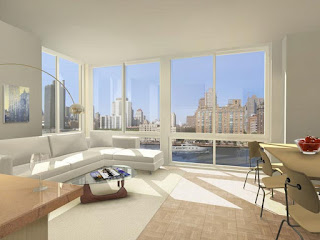 When the topic of conversation drifts towards investing in apartments or houses, it usually generates some debate amongst landlords!


“Many first-time investors assume that houses are always better as investments as they have more accommodation and land,” says Monique Sasson Wakelin, director of Wakelin Property Advisory.


“This may have been true once, but as a growing number of Australians have come to prefer living closer to the centre of town, the patterns of growth in property values has changed.”


She believes that investors who are stuck on this question are often focusing on the wrong thing, as the question you need to be asking is not, “Should I invest in a unit or a house?” but rather, “What type of property will deliver a bigger return on investment in the long term?”


According to the Real Estate Institute of Australia (REIA), there’s not much of a difference in price growth between each dwelling type. Over the past ten years, median house prices have increased by 81 percent, while median apartment prices increased by 72 percent.


"Historically, over a longer time frame, price rises for houses are greater than that for units, [but] this is not always the case over a shorter to medium time frame," a REIA spokesperson says.


"Houses generally, however, require more attention in terms of ongoing maintenance than units do and thus do not always suit all investors. Units have much of the maintenance and care of the building and surrounds undertaken through the body corporate."


Ultimately, there are pro’s and con’s attached to any dwelling type, and the right investment for you will depend on your risk profile, investment strategy and financial position.


It’s also vital that you pay attention to lifestyle trends, adds Wakelin, so you can tailor your investment to suit the area you’re looking to buy in.


“As more people choose to live in inner precincts, closer to work and the attractions of urban life, the land that inner urban properties sit on has become increasingly valuable,” she says.


“Apartments are most likely to be built in the inner urban areas, as they take up a higher share of the land there than anywhere else, and owners of apartments are sharing in the rising value of the land that their buildings stand on… Apartment investors therefore benefit from the appreciating land values, even though they don’t have a direct landholding.”
Posted by Unknown at 21:48 1 comment: